Perspective: #GivingTuesday is a chance to continue the generosity of 2020 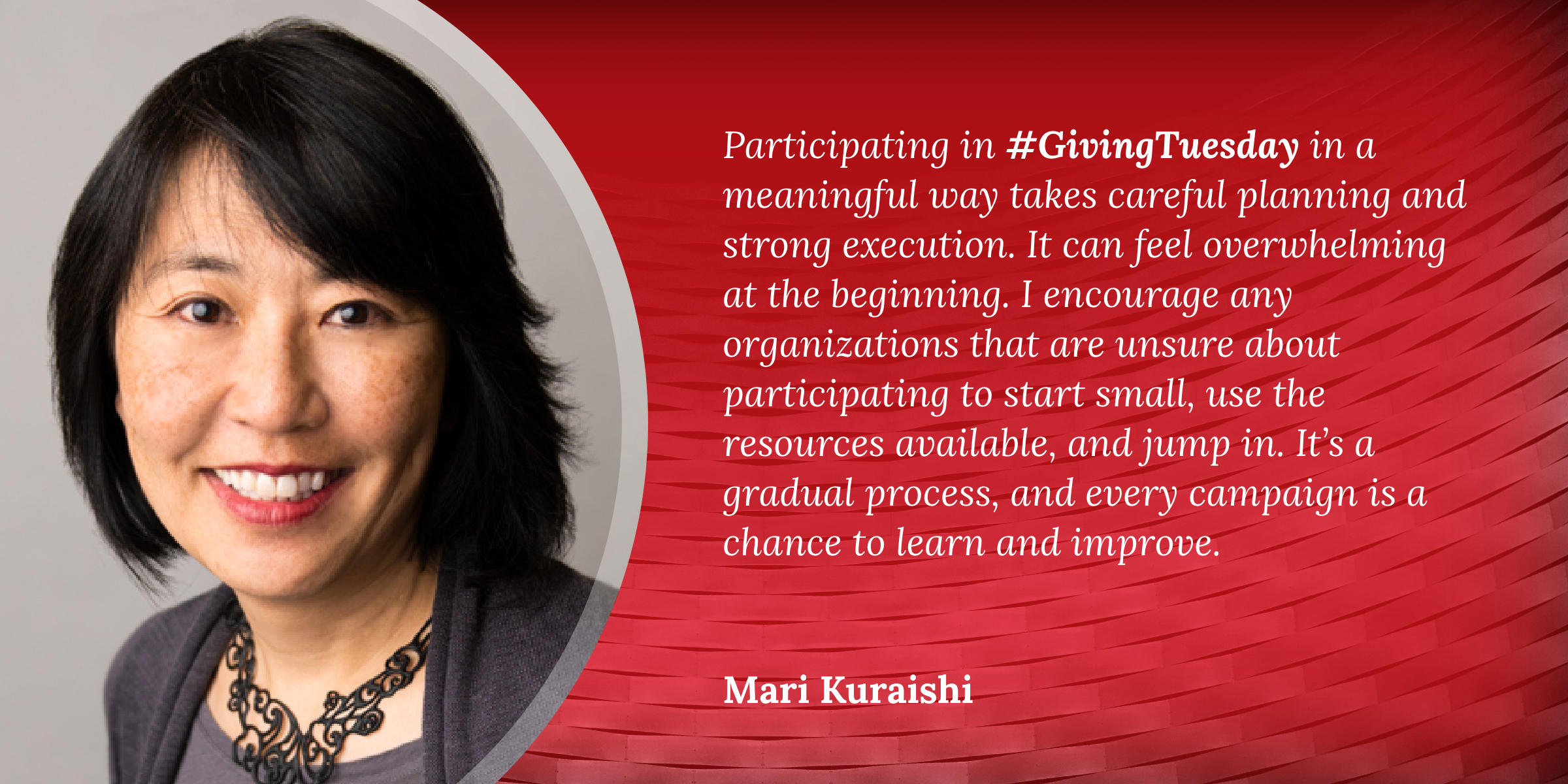 “Don’t mess up Q4”–you might think that’s just a retail sales director talking, but it’s just as likely to be spoken by a nonprofit development director. And Q4 in 2020 is, well, 2020. For nonprofits, it has meant no real-life events and fundraisers, and for most, massively increased demand for their services.

Which puts a spotlight on nonprofit fundraising on this coming December 1, #GivingTuesday. As highlighted by the hashtag, #GivingTuesday is a virtual movement, perfect for these times.

#GivingTuesday is like Black Friday or CyberMonday: a sector-wide virtual push that delivers free publicity and generally raises awareness for the business of doing good, whether it’s giving, volunteering, or advocating. Nonprofits worldwide have been preparing for this day for the past several months by collecting impact stories, investing in their digital infrastructures, planning social media posts and tailoring their key messages for target audiences. On #GivingTuesday itself, it’s all about execution and appealing to donors.

But with so much need and so much economic uncertainty, is there really scope for making up for the fundraising that used to take place in real life? Last November, nonprofits raised an estimated $511 million online on #GivingTuesday, up from about $400 million in 2018. On top of that, the #GivingTuesday movement took on a mid-year challenge at what felt like the peak of the pandemic–May 2020–and launched #GivingTuesdayNow, raising $503 million that day. This actually reflects an outpouring of generosity by the American public; according to the Fundraising Effectiveness Project, donations in the first half of 2020 were up 7.5% in 2020 over 2019. Lest that strike you as an unremarkable figure, donations typically grow in lockstep with the growth of GDP, and in the first half of 2020 GDP decreased by over 30%. That is an amazing story of generosity.

Participating in #GivingTuesday in a meaningful way takes careful planning and strong execution. It can feel overwhelming at the beginning. I encourage any organizations that are unsure about participating to start small, use the resources available, and jump in. It’s a gradual process, and every campaign is a chance to learn and improve.

To help on your #GivingTuesday journey, check out a few of our favorite resources:

Here’s to another record-breaking #GivingTuesday and Q4!